My continued romance with Wine and food. U
My mother taught me lots of things. Sit up straight,
hold your shoulders tall. Always make eye contact. Keep your knees together. And , stuff I would never ,ever repeat. If you had been a friend of moms, you know, and are laughing out load. She said food and sex, was most important, everything else was secondary.
She also taught me everything I know about cooking. My mother fed 7 children on pennies a day, and always provided a delicious meal. She cooked for Kings, Governors, heads of States, Clergymen, and many more.
My mother was extremely smart, beautiful and very funny. Never politically driven, but definitely had a political opinion. My mother was a devote Catholic and raised her family as Christians, as I did the same. But my mother also was open to new cultures and beliefs, she was very much liberal but also a staunch republican. I learned as an adult to respect my mother, and her pagan Ways. She not only excepted but embraced her gay son, she also accepted a woman’s right to choice, as did the entire family. We just never agreed on party affiliation. I learned and choose to sit on the fence, with her, my family and politics.
Doing the Camino was definitely an experience. Not at all what I expected. To be honest, I didn’t know what to expect. Even after suffient prepping, I was not at all prepared . I did my best to be the true Pilgrim, I suffered thru the nasty hostels, French fries every night , shared my misery, aches, pains and blisters. I helped fellow pilgrims. I Suffered thru the pain of long hours of walking carrying my weight on my back. Froze in my bunk, and shared my small rations. I’ve also made so many friends, saw the most amazing countryside. Drank some really great spanish wines , ate some fantastic spanish dishes . Learned much about the Romans to Medieval Times History and how the Church played a big roll. I learned laughter is key in living. And mostly learned that I can endure the pain. I came to Spain with a broken heart and a mission to write the prologue for my new cookbook. This is the start. Titled ” The Holy Grail, an unfinished romance with food and wine”.
Most of you knew my mother wrote several cookbooks before her death , but never had them published. I want to follow in my mothers legacy, as I hope my daughters will follow in mine. The Cookbook will and The coffeehouse has linked 5 generations of amazing women to this moment. All with passion in cooking , and bringing people together. This cookbook will be about my mother thru us, our family recipes taught to me by her, and then I taught my daughters . It will have her philosophy woven into her cooking and how it effected all of us and still does at the coffeehouse today. I hope to weave in some great stories, some political, some funny, stories about the coffeehouse and life in the fabulous Florida Keys.
Some silly coffeehouse idioms, example. “Life is what you make it,”My Mother would say ” Shit or get off the pot”. My daughter, Michelle, would say ” coffee makes you poop”. I would say, ” Then sell coffee , so we have no problems.”.
The recipes will be easy, healthy and make cooking fun. Some traditional family recipes, some ethnic , and some of my own recipes. They will all have wine recommendations, because that is what I do.
My Camino was never a spiritual awakening. The long hours of solitude , the pain of suffering, was one thing, but the appreciation at the end of the day with a good plate of food, bottle of wine and friends, helped with the epiphany that hit me on the train to France.
I wasn’t following the way of St James. I was following in my mothers path. I learned my heart was not broken, it was Hungry. It Just has not been entirely full filled, and aching for more. I learned my heart aches for a different sustenance. The passion with food, wine and travel.
So the romance continues to France for more……….. 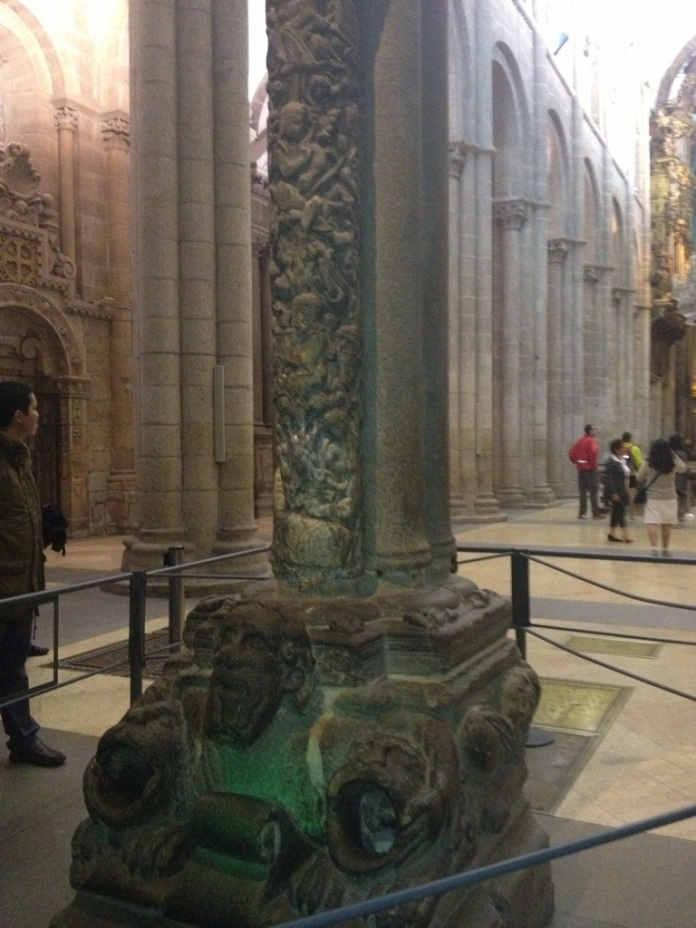